The Powerful Impact of Self Compassion 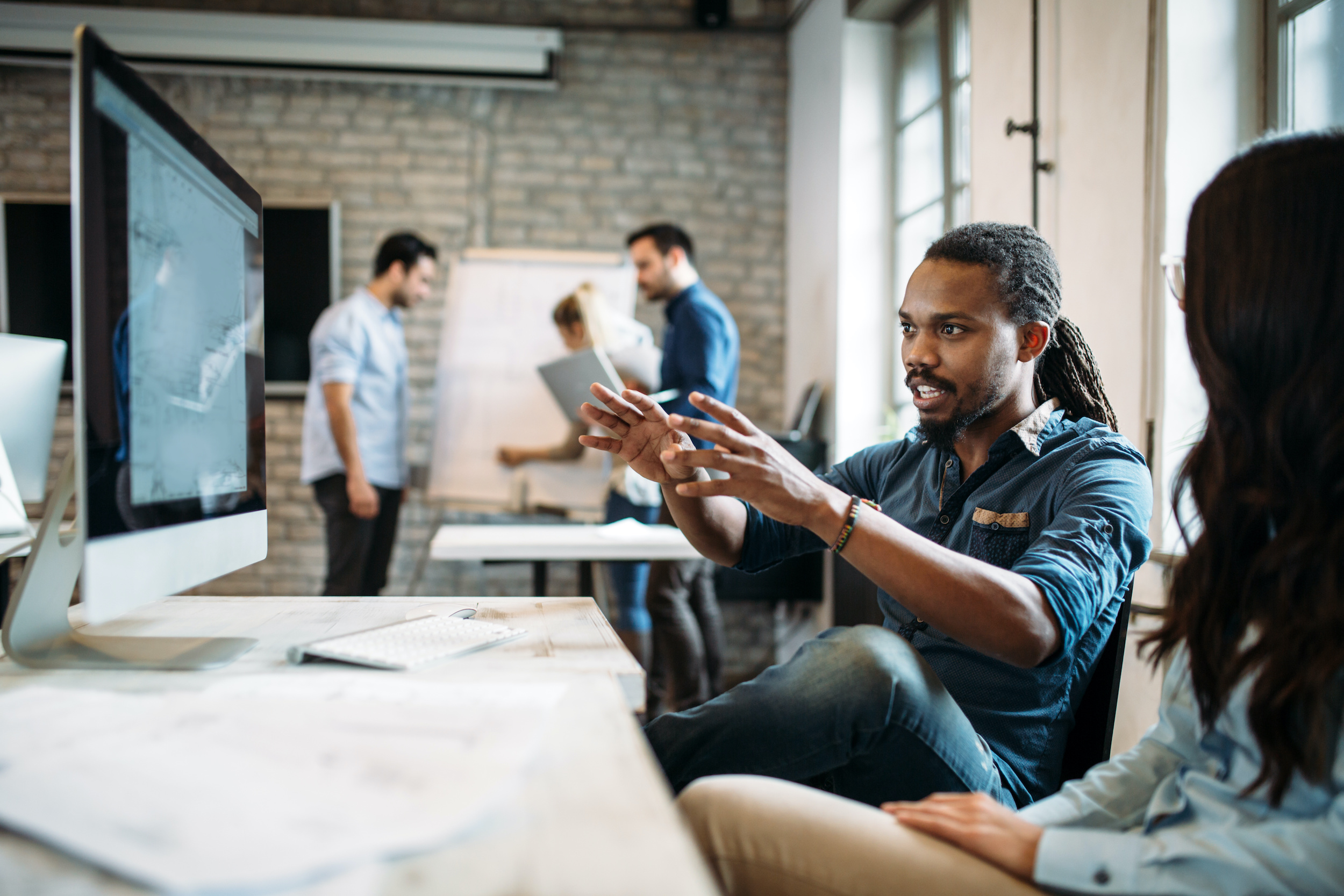 How Us in Technology Is Closing the Industry’s Diversity Gap

At her first job in tech, Alexis Matthews, co-chair of Revenue Collective of Color (now Pavilion of Color), found that she was one of only three Black people working at her prominent, 400-employee company. Since then, the industry’s notorious diversity problem has hardly improved. According to the U.S. Equal Opportunity Commission, just 7% of the collective tech workforce is Black, while 8% are Latinx. While these inequities are deep-rooted, for Matthews, 2020 forced a reckoning — and action.

“I saw all the discrepancies and structural inequalities, but I never fully realized the impact they had on the corporate space,” says Matthews. “Last year when we were witnessing so many tragedies in the Black community, I said, ‘Okay, how can I give my time to something that’s going to empower and better the lives of others?'”

The answer soon came through Revenue Collective of Color, an ERG within the Revenue Collective community for Black, Indigenous, and People of Color. Matthews connected with fellow members Dalton Van Hatcher, Kendrick Trotter, and Evan Warner to form Us in Technology (UiT), a DEI strategy company that seeks to diversify the technology industry by identifying underrepresented candidates who might not otherwise have access to jobs in tech and placing them with top partner companies. So far, the success rate has been nothing short of impressive. They’ve now placed 20 candidates with different tech companies in a single month.

According to Matthews, one reason behind UiT’s success is their willingness to step in on behalf of their tech partners and the candidates. This approach runs from the very beginning of the hiring process and doesn’t stop even after a candidate (now considered a UiT “mentee”) lands the job.

“We’re actually partners,” she says. “That’s why it’s a DEI strategy company, as opposed to just a staffing company. We understand the practices and the barriers that minorities and underrepresented communities face. So we actually help coach our partners on how to overcome those challenges. We’re kind of like the intermediary.”

At the outset, this means attracting candidates outside the tech industry who might not know such entry-level opportunities exist while simultaneously coaching organizations to see past potential unintentional discrimination in their hiring practices.

“So many organizations hire for culture fit rather than culture add,” says Matthews. “Culture fit sets the standard like this what we’re looking for. You need to fit into this box. That can be very detrimental because companies that are more diverse are more successful. The way I look at hiring is, what unique perspective are you going to add to the team? Why are you an asset to our company?”

Meanwhile, UiT coaches mentees through every step of the interview process, teaching them how to tell their story, put together a resume, and tie together past experiences to make them relevant for the job in question so that they aren’t screened out. Once a mentee is hired, UiT doesn’t disappear — they’re in it for the long haul. Thanks to an Accelerated & Continuous Education Program, mentees receive foundational tech training so they can enter their new job feeling confident. Mentees also have access to learning opportunities throughout their career to improve their skills and prepare them for their next role leading up to the C-Suite, from general career coaching to financial literacy advice.

“Our goal is not to generate a ton of SDRs and get them an entry-level position,” says Matthews. “It’s to be able to support all of our mentees throughout their entire career development.”

Now, roughly one year after its first mentees were hired, Matthews is thinking about the future and how to support them best as they move ahead in their careers.

“We want to create leaders and managers and senior account executives and directors,” she says. “That’s what I think is so exciting — we’re helping to fill the funnel. We’re not just contributing to that first bar with entry-level positions, but pushing people throughout their continuous career development.”

Making a sale feels great, but when it comes to building a long-term relationship with a customer, it’s not the end of the journey. The period right after the sale,…

As our communities continue to grow, so does our events calendar. In March alone, we’ve got 105 informative events planned across the Revenue Collective and Operations Collective communities (now Pavilion),…

From the Arts to the Art of Making a Deal

Jen Spencer doesn’t talk about dollar signs when she talks about business. Yes, she’s the new Chief Revenue Officer at SmartBug Media, but the Pavilion Member has lots to say…