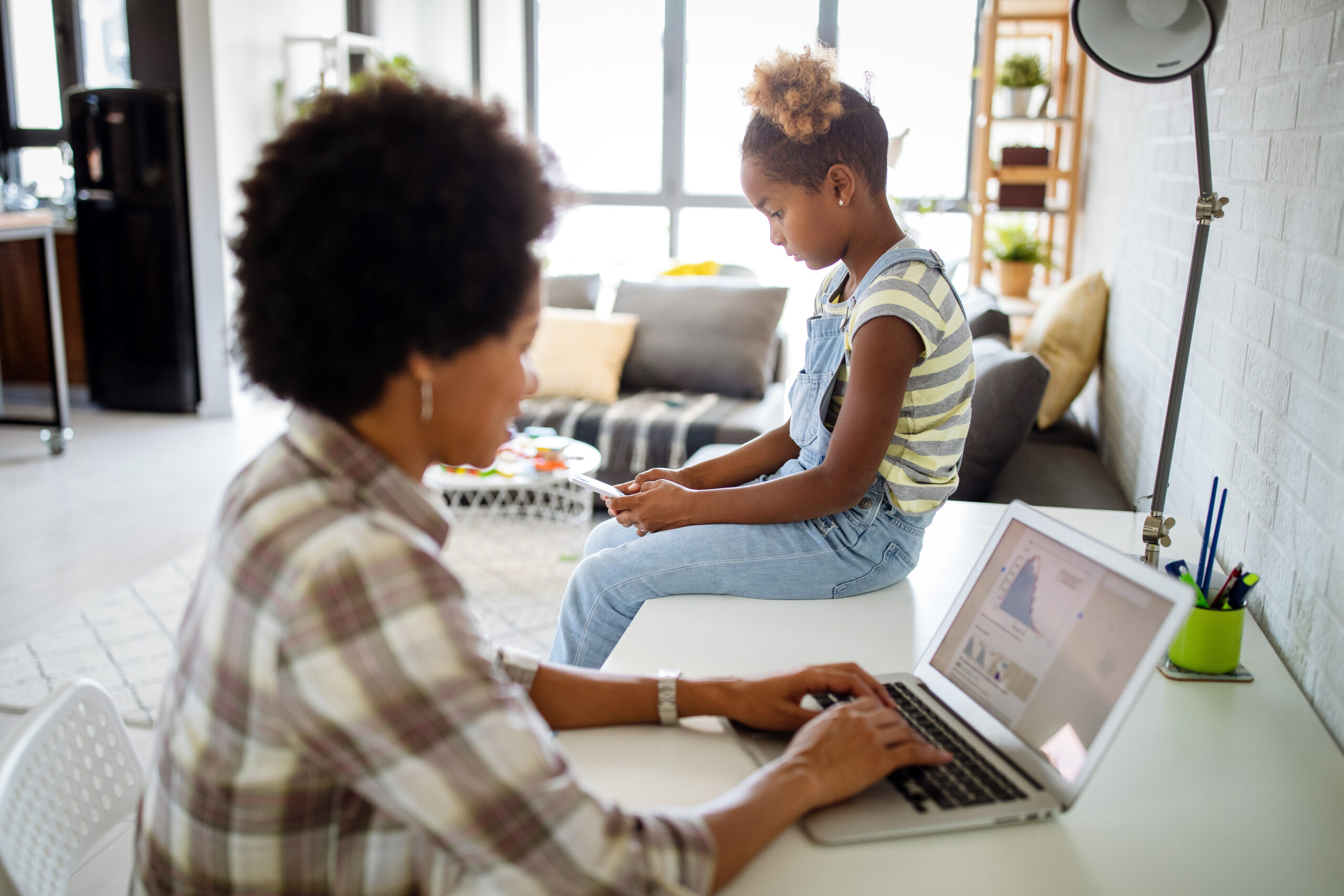 Women in the COVID Workplace

Women fight for work-life balance during a pandemic that has exacerbated gender imbalances in the workplace.

Women have long borne the brunt of inequality in the workplace. They suffer pay disparities that leave them with mere cents for every dollar a man makes — from 79 cents for white women to 55 for Hispanic women. And they’re expected to put in more hours in the so-called “double shift”: working eight-hours at their corporate job, then coming home to cook, clean, and take care of children and other family members.

When the pandemic hit, those workplace gender rifts turned into chasms. At the beginning of the crisis, women were often the first to lose their jobs as companies downsized, with women of color hit the hardest. And in September — as schools and offices remained closed, and the impacts of Covid became clearer — women were faced with a second wave of gendered consequences, as four times as many women left the workplace than men, citing family and childcare obligations. This exodus was a direct result of one of the more insidious aspects of the pandemic, which took away two crucial supports that helped alleviate  some of the burden of women’s never-ending obligations: the option to put their children in childcare or school.

This “she-cession,” as well as the nearly impossible demands of working during a pandemic, has left over 2 million women considering an exit from the workforce entirely — a number far higher for women than men. Other women have had to get boldly creative to balance the often conflicting demands of their careers and the expectations placed on them to be caretakers — all within often antiquated work cultures that do not recognize or support women’s work.

For Adriana Romero TOR, the pandemic took away some of the time sinks associated with her job, but quickly made up for it by demanding more of her at all hours.

“I am not commuting to work,” says Romero. “Which took away a big part of my day and energy. But now I find myself cooking more meals, cleaning more, and having longer days.”

Romero is not alone. According to a recent report, working mothers are three times as likely as fathers to do the bulk of caregiving and homework, spending almost 20 hours a week on getting it all done. Meanwhile, they watch as many of the men in their companies get promotions and pay raises — 34 percent of men received promotions during the pandemic, as opposed to 9 percent for women — which increases the pressure to continue working overtime to stay competitive.

Businesses are failing to adequately address these disparities. Many companies have invested in mental health support for their employees, but do not address the root causes of these stressors with, for example, changes to their performance review criteria to account for the strain of the pandemic.

As a Canadian, Romero said she “would have expected something like activating a maternity leave style plan for women with kids under a certain age for a certain amount of weeks.” But that didn’t happen.

It’s so difficult to carve out time from her demanding work schedule that Romero has found herself missing her commutes. It was the only time in a day she had for herself, she realizes. It was also a helpful buffer between work and home life. Something that’s difficult to find when work, family, and down-time all happen under the same roof.

Rachel Johnson IND has also found herself missing her old commute. As a mother of three kids under five — one of them born just before COVID — she found that “the lines between being at work and being with family were getting very blurry.” Johnson used to hit the gym on her way home from work, but now, she says, that’s not an option, leaving a “gaping hole in my ability to reduce stress and center myself. I need to find a way to work exercise back into my schedule and balance it all.”

To try to strike a balance, Johnson has had to get creative and very deliberate. She and her husband go over the demands of their week in bed every night, trying to plan for and divvy out responsibilities in a way that’s fair and feasible. Johnson has been pleased to see that her fellow employees have become more tolerant of her kids popping into the background of her Zooms. And she appreciates her office offering flex time for staff with kids in hybrid schooling.

“Kindergarten virtual learning is a whole other level of hell for a working parent,” she says, “and companies who are flexible and understanding that you’re having to juggle working and playing teacher get all the gold stars.”

COVID has created a crisis for workers of all kinds and increased gender disparities in the workplace. But it has also allowed employers to re-think work to create more equity for all workers, especially women. Now it’s time to jump in and do it.

Working parents, Pavilion is here for you. Check out this recap and offer exclusive to Pavilion members.

Working Parents: Recognising the Value for Your Organisation, & Understanding How You Can Attract & Retain More