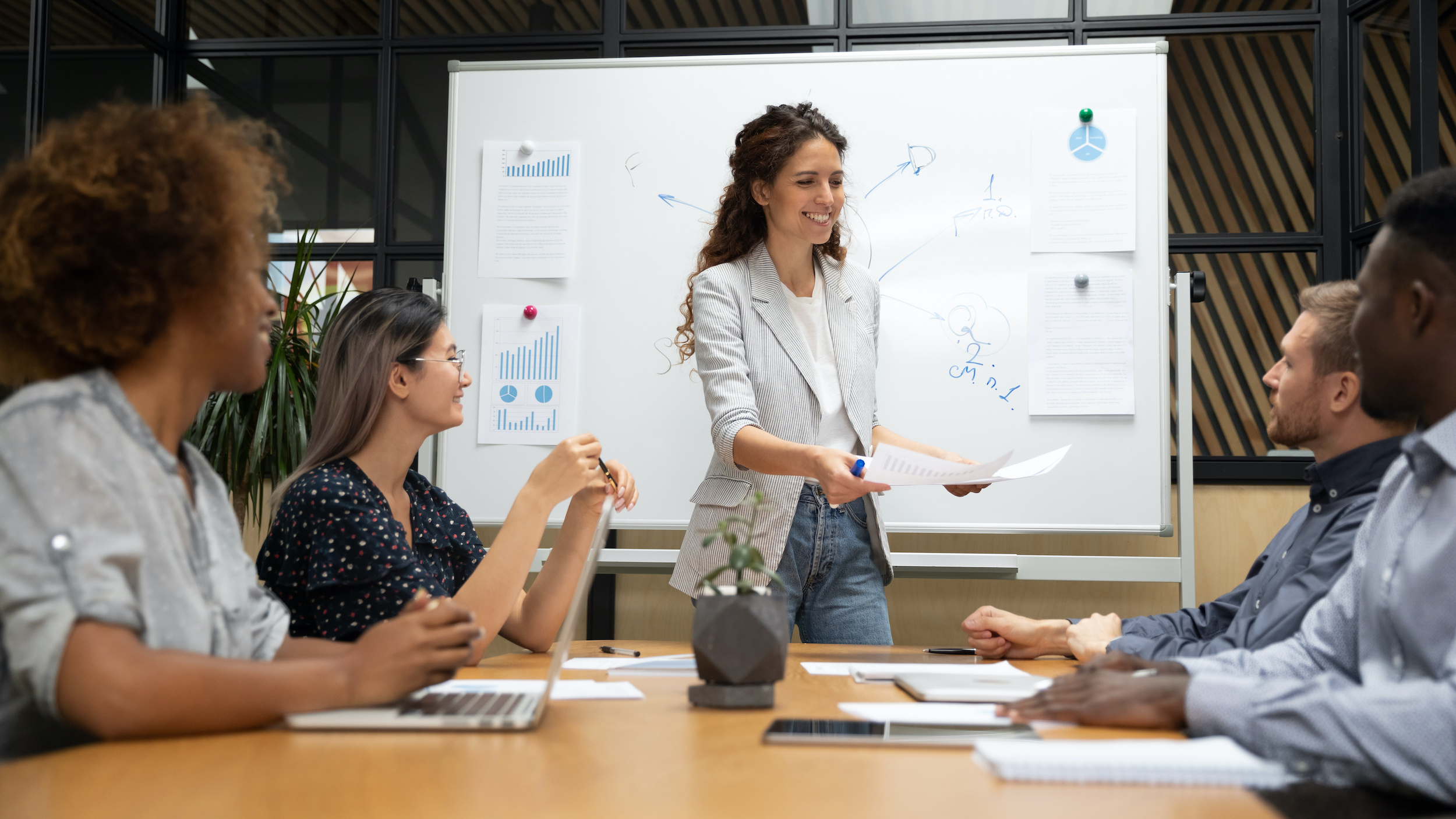 Sales is Ch-Ch-Ch-Ch-Changing — Commissioning Should, Too

David Bowie’s hit “Changes” was released in 1971… almost fifty years ago today. A lot has changed over the last five decades across every element of daily life; pop culture, political norms, societal standards, economic environments. Technology and the exponential pace of innovation has influenced the way we live and operate in many ways; its impact on the business world undeniable. The 2021 enterprise barely resembles the 1971 organization; every functional group (marketing, product, finance) has seen significant evolution of strategy, approach, operations, results. Sales is no different. Sales has ch-ch-ch-ch-changed.

At PeakSpan, we are firm believers in the power of focus — narrowing the aperture produces a tight, clear vision. Much like our portfolio companies derive immense benefit from aligning around an ideal customer profile, we deliberately limit the number of proverbial fishing holes we cast our lines in amidst the vast and constantly moving ocean that is the B2B SaaS universe.

Sales tech is one of just three themes I spend my time on. Eating, sleeping, breathing, and investing in a category for years is hugely valuable. Through a combination of research, experience, and osmosis, focus breeds specialization and cultivates an authentic appreciation for how a segment evolves over time. Understanding the primary drivers and influential trends that have contributed to category evolution over the years informs the current perspective with historical context. Architecting theses and views on how things may unfold in the future is the next logical step.

Historical Perspective: Sales Then and Now

Fifty years ago, sales was a functional group that came with a requirement of travel – the stereotypical seller was a briefcase-bearing, suit-and tie-clad extrovert, reading a newspaper aboard a plane to meet with a prospect in person. The mission of the trip was clear and objective: close the deal. And while the destination was well defined, the path to follow was inherently more nebulous back then. Before the digitization of everything, face-to-face conversations – with participants arguably influenced as much by body language and the nuances of delivery as by the underlying content itself – was more art than science. Poise over process. Without automation and typed communication, the need to think on the fly and interact dynamically was crucial.

Things have ch-ch-ch-ch-ch-changed. Black coffee has given way to chai lattes, tucked shirts to tattered jeans, talking to texting. The sales rep today barely resembles the seller of yesterday. Despite the shifting scenery and changing cast of characters, one element of the revenue-generating nucleus has remained constant: the end goal. The objective. The mission. Is, was and always has been: close the deal.

Current Viewpoint: Nuanced Art Has Given Way to Data-Informed Science

The proliferation of mobile phones, the rise of email as the dominant communication medium for most parts of the selling journey, and the now firmly solidified familiarity of meetings happening virtually over video have all fundamentally changed how sales reps engage with prospects. Regardless of the target customer size, type, or segment, sales reps now spend as much time face-to-screen as they did face-to-face. What was once nebulous and stylistic has over time become measured, tracked, monitored, and dissected on a more and more granular basis. Knowledge, strategy, and approach are now defined, documented, and detailed to the letter. Technology has enabled us to map and dissect the sales process with particle-level detail rivaling the output of the Human Genome Project.

Still, while so much has changed, the objective of the sales team of 2021 is one of the true constants relative to the ’71 squad: Close the deal.

For better or worse, life today is recorded and tracked in real time. Information is available and free flowing. When style can be translated to a statistic, and the winning formula can be understood and learned, pushing the behavior that yields the best probability of success makes sense.

Understanding action and associated impact is always insightful. Correlation doesn’t always imply causation, but examination and analysis always provides a richer understanding of the variables that are perceived to influence an outcome. The wave of technologies focused on tracking and analyzing performance in a descriptive manner is now increasingly giving way to the next generation of tools delivering predictive insights and ultimately supporting prescriptive action suggestions.

The theory is always elegant and the logic sound, but in practice the value gleaned from any platform supporting activity prescription will naturally be governed by behavior change. If the constituents receiving insights and suggestions don’t operationalize them, nothing will change. The best data and the most salient insights on the planet mean nothing if a prescribed process change has no follow through. Evolution of approach requires a shift in action.

Relative to other functions in a business, sales is as straightforward as it gets in terms of objectives and associated incentives. Close a deal, reap the reward. Performance is measurable and payout is well-defined. The one-to-one nature of performance to reward in sales enables an ability to incentivize and motivate the team with clarity.

Trying to bolster your upsell performance?

Close the deal… get the commission.

The visibility we now have into the sales process has provided sales teams data-informed confidence into what works and what doesn’t. Insights inform strategy augmentation. Tactical activities are suggested to optimize the process and tweak performance for the best chance of success.

We now know what drills to run and which plays to practice to have the best chance of performing well in the game… so why are we still only compensating players for the end results of the game?

If you want reps to do something, pay them to do it. Simple, human nature. Incentives drive behavior.

The sales process continues to be analyzed and broken down into its component parts. Increasing granularity presents the end-to-end machine in a new way – surfacing the component parts that comprise the machine when assembled together. Micro insights dictate the best micro actions to take. Why don’t we “Micro-Commission” for execution of the component parts and activities that seem to work? In real-time, in parallel with the action itself. Provide a clear, direct incentive for reps to deliver on the change surfaced by technology. Micro-Commissioning reps for completion of increasingly granular activities and milestones will instill disciplined adherence to process as a core virtue.

If you don’t motivate me to do it or compensate me for doing it… why would I do it? Make me a compelling offer and you have yourself a deal.

The data shows that reps who garner buy-in from three or more constituents before moving to contracting/legals have a 25% better close rate?

Operationalize the insight by prescribing a behavior/tactic to execute: Secure buy-in from 3+ constituents before going to contract; get paid. Simple, straightforward.

Time-based analysis of our process shows that reps who touch prospects five or more times in the first two weeks of engagement record a 50% better close rate than those that don’t?

Operationalize the insight by prescribing a behavior/tactic to execute: New prospects require 5+ cross-channel touches in order to move from stage one to stage two in the pipeline. Achieve this threshold; get paid. Logical, intuitive.

Analysis suggests that demonstrating fluidity with company pitch deck presentation in the first month of joining the team leads to 10% higher quota attainment when fully-ramped?

Operationalize the insight by creating a pitch deck certification program and making it a requirement of the onboarding process for newly hired reps. Complete the program; get paid. Clear, sensible.

Sales will always be part art, part science. Technology will never be able to perfectly predict the future, nor prescribe the next best action with 100% accuracy. But if you buy into the notion that technology can produce insights that ultimately could and should influence action to optimize processes, then you should…

Align Incentives and Motivate Reps to Execute those Actions

The math will refine itself naturally to produce a balanced equation of weight of action with weight of incentive over time. Change is often hard to digest initially. But with time, the awkward becomes accustomed, the new normal feels natural, the uncomfortable progresses into ubiquity.

Remember software before SaaS? The days of software sold exclusively on-premise; hard-iron monoliths with large deal sizes paid up front. Siloed data housed behind the firewall. The notion of “service” distinctly tied to human labor rather than describing an ongoing technology subscription. Transitioning from closing a massive perpetual license deal in a “set it and forget it” world to fighting for a fraction of that amount in an annual subscription contract was difficult. Seeing commission drop in parallel while trying to figure out how to restock the W2 to the legacy levels sucked at first. It took time to get used to. Reps adapted. Reps evolved. Remembering a pre-SaaS world is harder and harder to do with each passing day. Sales is constantly ch-ch-ch-ch-changing.

Dynamic, real-time Micro-Commissioning should emerge as the next wave of sales incentivization to ensure that the components of the process that have shown to be impactful are emphasized and reinforced with the same intensity as the conversion itself.

In the end, you’ve got to turn and face the strange.

Don’t believe me? Let’s bet… I know what the data says. 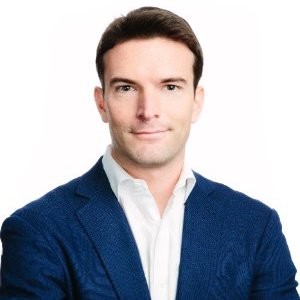 Matt Melymuka is a Co-Founder and Partner at PeakSpan Capital, a growth-stage investment firm focused exclusively on B2B software businesses. Matt has been working with software and technology businesses his whole career, focusing on supporting the transition from the start-up to the scale-up phase of company development. He has had the privilege of working with over 20 growth-stage B2B SaaS companies over the last 10+ years and currently leads PeakSpan’s Sales Tech investment effort (among others). Prior to co-founding PeakSpan, Matt worked as an investor at Greycroft Partners’ Growth Fund and previously at Investor Growth Capital. He started his career as a technology investment banker at Piper Jaffray. He holds a B.S. in Finance from Georgetown University, where he graduated cum laude. Matt has been snowboarding all his life and is an avid traveler, journeying to over 30 countries with his wife Ratavy over the last decade. He grew up near Boston, but currently calls New York City home where he faces the constant, character-building struggle of being a diehard Boston sports fan living behind enemy lines. Connect with him on LinkedIn, Twitter, or via email at matt@peakspancapital.com. 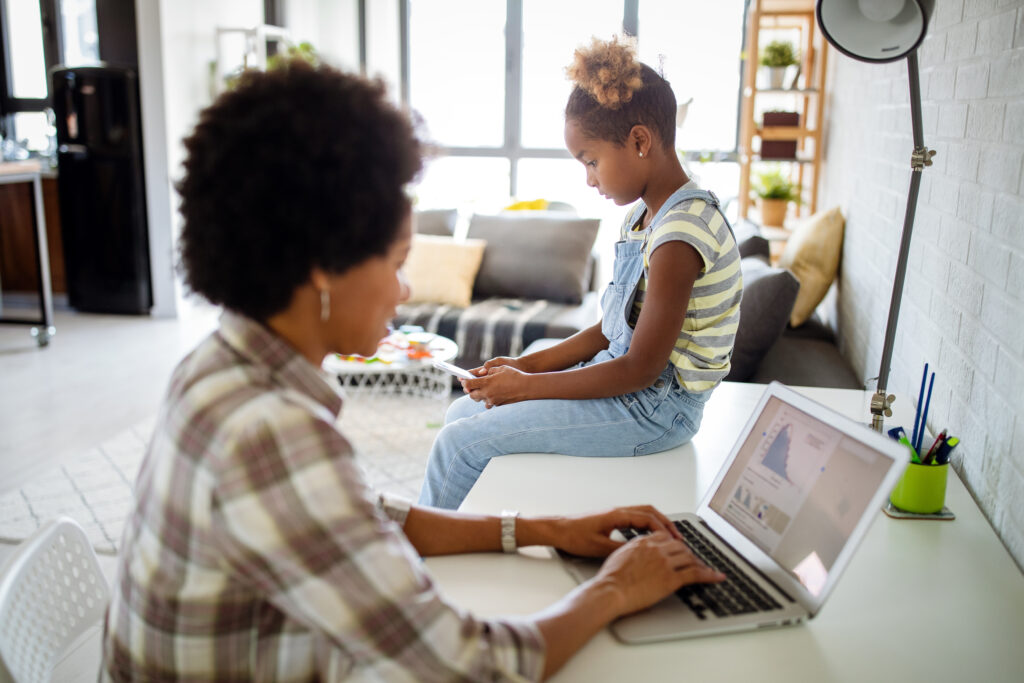 Women in the COVID Workplace