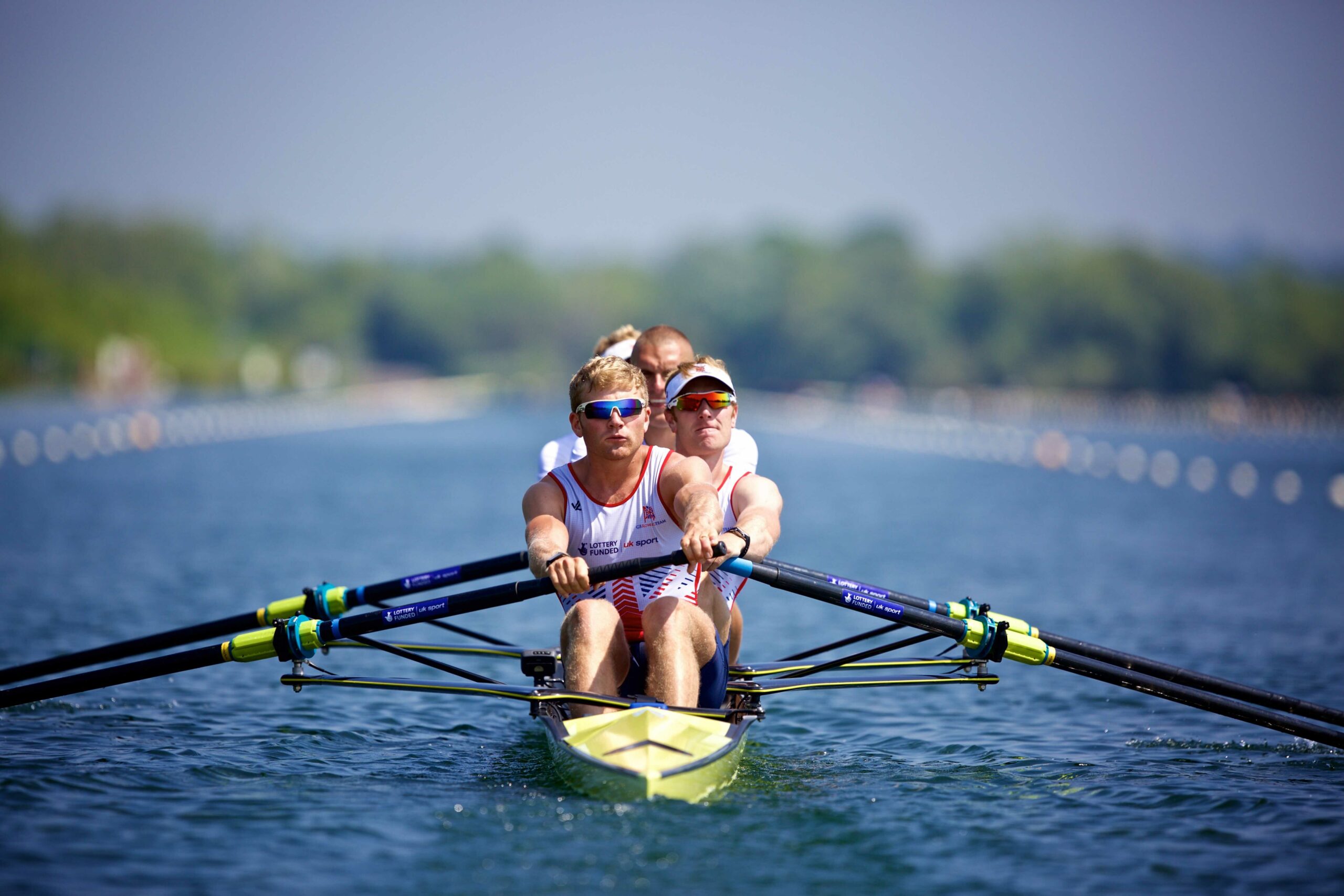 Handling Discomfort and Other Lessons from an Olympic Gold Medal Winner

Today, he’s the VP of Sales & Ops at Let’s Do This, a London-based company that finds, reviews, and books the best sporting events and race experiences across the world. We connected with Constantine ahead of the Tokyo 2020 closing ceremony to chat about what it’s actually like to be an Olympic champion, his strategies for success, and how those experiences now shape his life and career.

PVLN: What was it like competing at the Olympics?

In London, we weren’t favored to win the gold. We were probably the second best crew there. But the Germans were really good. And we knew we had to do something special. And so we took a risk. We ended up kind of faltering in the final stages and getting the bronze.

In Rio, we were confident and the preparation was really good. I think we just went into it with loads of confidence. And in a funny way, maybe it’s the benefit of having already experienced one Olympics already, but my mind was very clear.

It was almost like an out-of-body experience to be so well prepared for something and to be so incredibly focused on it that you don’t even really notice the pain. I mean, I couldn’t really stand for like 10 minutes after the race. I was sort of crumpled. But in the heat of that moment, you don’t really notice.

The Australians caught up to us halfway, but we knew we had more to push, so we pushed down and we moved away from them. When we won I remember raising my arms to celebrate and only then realizing how completely exhausted I was and how I was basically having an asthma attack across the line to be honest. But the feeling was just complete joy.

PVLN: How did it feel to cross the line with Olympic gold?

It’s hard to top the moment when you cross the line and capture gold. There’s this strong sense of relief crossing the line, but also joy. It’s amazing to accomplish something big with your team, and to have family and friends there to hug and support you, which the athletes don’t have in Tokyo.

PVLN: What did you do to handle the pressure?

I’d already been training, and having previous Olympic and world stage experience really helped. Because you start to feel worthy of the stage.

If you feel like an imposter, you can get a bit overwhelmed by it. And there’s no shortcut to that, I think. But practically, I did a lot of visualization. I would try to evoke the same feelings you get during the race and at the start line — those really nerve-wracking quiet moments before you’re off — and try to get comfortable with that sensation. The same way that you’d rehearse physically, you try and rehearse mentally.

Then when you’re on the line, you understand the nerves and you know you can cope with it. Apart from that, I think it’s all the things you’d expect, all the sensible things like getting enough sleep and eating well.

PVLN: Why did you decide to pursue a revenue-focused role?

The reason I gave up rowing was because, to some extent, I felt like I’d achieved what I wanted to. And the chance to try and repeat it — two Olympic gold medals didn’t feel twice as valuable to me.

It was also just so all-consuming. I was 24 and already had quite a few injuries, so I just thought no, the time’s up here. And I really wanted to go and do something else. I’d been able to do two Olympics and was still at a reasonable age to start a career.

I did an internship at Goldman Sachs, which confirmed for me that I didn’t want to go into investment banking. I just found my way into this career through an interesting company and was put in this position where I had to learn quickly, which I’ve heard enough people in senior revenue and sales positions experience something similar.

I was really attracted by the idea of working for a young company, keen to scale. I came at it with really no prior experience of tech or engineering, or product, or revenue. There’s been ups and downs, but it’s been incredibly rewarding.

PVLN: Tell us a bit about Let’s Do This — it seems like a really great place to follow up an athletic career.

It’s a bonus that I’ve been able to go into a company that’s involved in this kind of passion sector. We’re much more focused around running and triathlon, cycling and swimming. It’s great to work with like-minded people. For others, your passions are something you might have to hide, but for me that’s not the case. And I think it’s really nice.

PVLN: What lessons did you take from your sport or the Olympics that you now apply to your career/life?

It’s a good question. And I think sometimes the comparisons between sport and life or work and business can be overegged.

I think in sport, often, you’ve got a coach telling you exactly what to do, and you don’t have to use much initiative. Whereas once you’re past sport, there are so many different options. Things are so much less structured and you have to use a lot of initiative and take some risks and use some imagination. So there are some ways where it doesn’t help.

But I think the ways in which it does help are twofold. One, being able to perform under pressure. If there is a big pivotal moment, in any kind of process you might be involved in, then you can remember being on the start line and realizing — to quote Eminem — that you’ve got one opportunity and you’ve got to make the most of it. I think that experience enables you to stay calm and focused in that moment.

And second, it’s quite one dimensional, but it’s being able to just enjoy discomfort. Some of the things we go through in our career are just not fun. And I think if you’ve done sport to a high level, then you probably have experienced moments when things are not going your way. You’ve endured a lot of mental and physical discomfort, and you know you’ve got to keep moving forward. And I think that’s quite helpful in the tough moments.

Hear more from Constantine and other Olympic athletes and coaches on the intersection of elite sports and business in Nurturing a Winning Mentality: Advice from the London & Rio Podiums (pw: X03d.H^#). 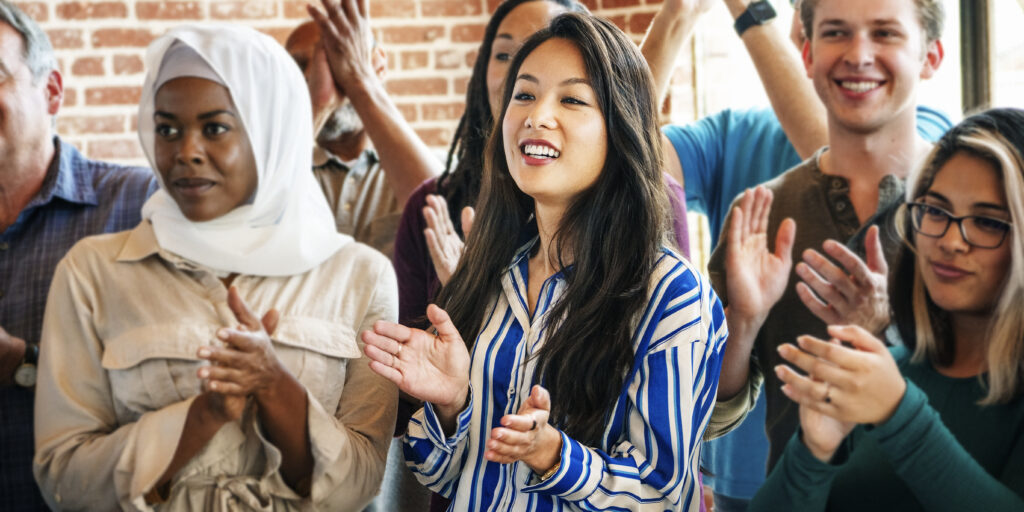 7 Reasons You Should Join a Professional Community

One of the first lessons you learn about being successful in sales is that working together achieves greater results than working individually. The fact is, you can be more successful…

Here at Pavilion, we operate like family — and we believe that family can be the people you choose. That said, we love to see an actual family member in…

Our Vision for Pavilion

For most companies, the lines of code, the software, is their technology.  For us, our values are our technology. That’s not just a catchy slogan — it’s the capital T…