Joshua Amrani is not about to quit his day job. As the CEO of The Amrani Group — a consulting company that helps early-stage B2B businesses build scalable sales teams — he’s passionate about helping founders achieve their highest visions.

But he’s not about to quit his other roles, either. As head of the Pavilion Bay Area Chapter, he’s equally passionate about helping his fellow professionals succeed in their careers and giving back to their community through meaningful service on pressing social issues.

It’s this commitment to supporting change-makers, whether in sales or social justice initiatives, that made Armani jump at the opportunity to help produce a film that melded his talent for helping people achieve their dreams with his dedication to creating a better, safer world.

Amrani worked his way to his CEO position from the bottom up, honing his skills as a sales development representative (SDR) and, later, a VP of Sales. But before all that, he was passionate about film. Amrani got it from his father, a photographer and creative who landed a film at Cannes Film Festival. In college, Armani branched out on his own, producing for a talented young filmmaker.

Movie production might seem like a far cry from Amrani’s other life as a CEO and sales VP, but looking back, he recognizes that they involved a lot of the same skills. The filmmaker needed to convince local restaurant owners to let him shoot scenes in their establishments, or he needed to raise money to make the movie a reality. For Amrani, helping the filmmaker touched on his core values. As immigrants to the United States, Amrani’s family had many people help turn their hopes into realities. And, Amrani wanted to do the same for others.

“It went back to this theme of enablement,” Amrani says. “How do I enable these people to be great? It’s a powerful theme of mine to enable others just as other people helped enable my family when we moved to this country.”

Beyond the ability to help people, producing films allowed Amrani to develop skills that he’s used throughout his professional life. Whether he’s making a sale or helping foreign founders get their footing in the US market or capturing that perfect scene, Amrani believes the skillset is essentially the same. “It’s about the story and narrative you’re trying to put together,” he says.

Amrani is dedicated to helping new founders tell their stories to funders who want to make a positive impact on society. But he’s never lost the desire to use creative storytelling to change culture, either. So when his Amrani Group colleague Joseph Vattimo approached him about his sister — a film director prodigy in Philadelphia looking to raise money for a documentary project about her contemporary dance company — Amrani knew he wanted to help. But he wasn’t prepared for how much the project would mean to him.

After speaking to the director, Maria Vattimo, and the dance company founder, Kimberly D. Landle, he learned that Landle was using dance to share a powerful and important message. A survivor of physical and emotional abuse, Landle used dance as a way out of her pain. The film “Kim” chronicles the creation of a modern ballet company whose performances ignite discussion around love, abuse, and the strength to overcome.

Landle’s work inspired Amrani — so much so that he signed on as Executive Producer. Amrani hadn’t touched film since his time with the filmmaker, but he embraced the opportunity to use storytelling to communicate an important message.

So during the pandemic, after long days at work and time spent working as chapter head at Pavilion, Amrani would spend his time with the film production team figuring out how to tell Landle’s story in an honest, respectful, and powerful way. The result is a visually gorgeous, deeply moving depiction of one woman’s struggle to confront the reality of her abuse and to turn it into something that could inspire others.

Amrani knows he has a lot on his plate, and his interests are far-ranging and eclectic. But that’s the way he likes it. In fact, he thinks being invested in so many different parts of the world helps him be better at all his pursuits, especially his ability to relate to and support other people.

“If you look at the ability to build and flex an empathy muscle,” he says, “It’s generally not around a concentrated or core area, right? It’s around being able to relate to or connect to people on a wide variety of things.”

Amrani has spent years building that empathy muscle — a muscle he brings to his work as head of Pavilion’s Bay Area Chapter. Instead of just using the group to help professionals network, Amrani is committed to harnessing the power of these bright minds and directing them toward social issues in the broader world. In other words, he’s channeling the energy of Pavilion members into giving back.

“I wrote an email last week that was titled like one plus one equals three,” Amrani says. “Basically, the sum of the impact that we can make on our community in Silicon Valley is much greater than all of us individually. What could we accomplish if we put 500 or 600 of the brightest minds in Silicon Valley against a problem? How could we help change our community and the debt that we owe back to our community for living here?”

In that spirit, Amrani and the SFO chapter raised over $3,500 to buy holiday gifts for homeless children in the Bay Area— the first project of many on the way to building a better, brighter community. And he’s got a new film project coming up, too, highlighting the career of a Black, queer Philadelphia artist who used music to fight his way out of homelessness.

Amrani embraces all types of projects not only because he cares about them, but because they make him better at all his endeavors.

Learn more about how to watch and support the film and the Klassic Contemporary Ballet Company.

Forget white elephants — Pavilion HQ is planting trees to offset its carbon footprint When it comes to dire predictions about climate change, it’s easy to feel despondent. After all, how… 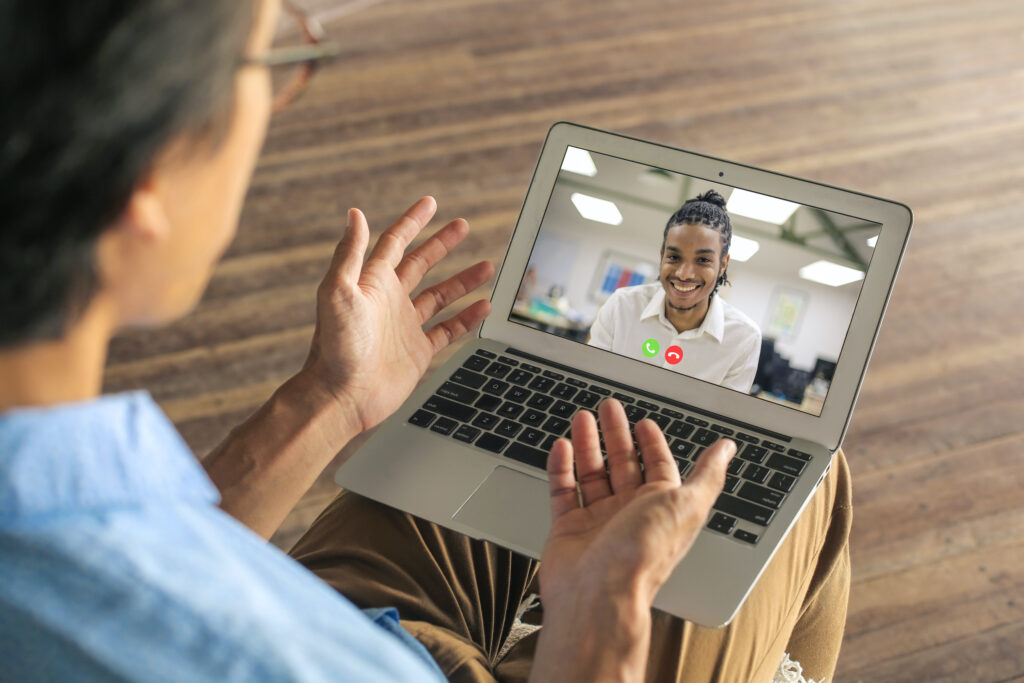 Startup Employees Are Struggling. Micro-Coaching Is Helping Empower Them.

In today’s market, startups have heaps of money from investors, sky-high evaluations, and aggressive targets to scale their organizations. These assertive environments for young organizations have become the norm, but…

Back in the Game: On-the-Bench Success Story – Stacie Ward

At its core, Pavilion exists to help all types of people, in all types of roles, reach their professional potential. Whether you’re working to climb the ladder or just want…